Women in technology: learning to challenge the status quo​ 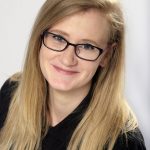 Have you ever considered a career in tech but aren’t sure where to begin? As part of our women in tech blog series, we had the pleasure of talking to Leah Goddard, Senior Engineer at Maintel who tells us about how she broke into the industry and how her determination, motivation and passion has helped her to go the distance and climb the career ladder of success.

I remember telling the bus driver I was on my way to my apprenticeship as a Telecoms Engineer. He said, “Do you mean receptionist?” I had to say, “No, I don’t answer the phones, I fix the phones.”

As a woman in this industry, you realise early on that there can be a lot of bias. If you’re a female engineer, you must be ‘a tomboy’. But it doesn’t worry me. I remember getting 100% in a GCSE IT exam and realising that technology might be where my skills are. After A-Levels, I went to university, but it just didn’t suit my learning style, so I left and found an ITP apprenticeship at Maintel. It was amazing, and I have been with the company for eight years now.

The apprenticeship involved working with every technical part of Maintel in a six-month rotation, which I found absolutely invaluable. It offered me hands-on learning, taught me transferable skills and allowed me to make contacts – all of those elements are so important for building a career.

I understood from the very beginning how the company worked, who to go to for different types of help, how to speak to people and work collaboratively with different teams. I was offered a permanent role after 18 months and was runner up in the ITP Apprentice of the Year Awards that year.

I’ve moved up, across, sideways and around but Maintel has always found a space for me. There’s always somewhere I fit in.

When I did my apprenticeship, I was the only female. We’d go down to Coventry for a residential week, and live, work and eat with the same group. When you’re young you want to do what your friends are doing, so it can be quite scary going on an all-male course. I can see how it could be daunting for other women.

But Maintel has always encouraged me, and they’ve really listened to me. As well as asking what I want to do, they suggest where my skills might work best. I’m now a Senior Engineer specialising in Mitel and Skype for Business, and with the company’s support, I’m working towards becoming a Team Leader.

I’m a big advocate for apprenticeships and traineeships and Maintel has continued to offer me opportunities to further my career. I’m now taking an Apprenticeship Technology Solutions Degree one day a week. It takes five years to complete and I’m so busy but it’s worth it.

Customers can be overjoyed that you’ve figured out their issue. For me, it might be as simple as resetting their phone, but for them, it affects the whole way they work. It feels great when you can go back and not just tell them what you did, but teach them how to do it themselves.

Apprenticeships have a lot of benefits, and working with technology opens up so many other doors – you’re learning transferable skills like project management and technical skills. There isn’t just one career route for me now. In fact, when the new Maintel apprentices came into our team I really enjoyed helping them build their skills and knowledge.

I love fixing a problem and empowering other people to do the same, so the future could see me mentoring and managing apprentices. That would be a great way to keep moving onwards and upwards, and help other women to do the same!

Are you looking for your next adventure or know someone who is?