Women in technology: creating awareness, space, and opportunities in the workplace ​ 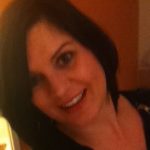 It’s no secret that working in tech is a very male-dominated industry. So how can you create awareness, space, and opportunities for women, whilst achieving a more diverse workforce in the process? In the second to last article of our women in tech series, we hear from Joanne Eddy, Support Services Team Leader at Maintel, who helps answer those questions by talking about her experience.

If I’d known more about Telecoms Engineering earlier, I’d have gotten into it sooner. I don’t think women are being made aware of these roles, and we need to let them know they exist (and that there are women doing them!)

The closest I got to learning about technology at school was a typing course, and that didn’t go well! I found out about working in this field when I was in the telephone department of the local council – I think I was the first girl to work there. Maintel provided the phones, so I had a lot of interaction with the onsite engineers and got to know quite a lot about their roles and the company. I really wanted to do their job, so when I found out there was a vacancy, I’ll admit I did badger them to get it!

Maintel gave me the support and encouragement to immediately start attending courses to get my Mitel certifications. I’m an MCA Mitel Engineer, certified in MiCollab, MPA and MiCC. I started as a resident engineer working on an installation with three other women and about 40 men, but I got on great with the guys there and I got to know the customer really well – I still keep in touch with them!

The industry has always been more male-dominated, but I’ve never once had a problem or felt uncomfortable. There’s been nothing that put me off or made it difficult for me.

There was only one time on site that someone commented, “That engineer’s a girl.” I just said, “Yes, she is.” And carried on. Once I’d been there a few times and they’d got over it, they were soon asking me for assistance on the systems.

I’ve been at Maintel for nearly 10 years now and was promoted a year ago to Support Services Team Leader, though I wasn’t sure whether to apply for the role because I didn’t want to lose all my engineering skills. But other team members encouraged me to give it a go and it’s working out really well. So far, I’m managing to keep on top of the SLAs and assisting the team with escalations, and I get to keep my hand in with engineering too, which I love. I think it really helps that I know the product so well.

There’s still a lack of women in technology. I have 11 in my team and only one is female. I think more women are applying for technical roles these days, but it’s more IT. Telephone Engineer isn’t an obvious role that women think of.

We need female engineers to do more networking – we should get the message out there that we’re here, and we’re doing it.

If a company like Maintel had talked about the opportunities there are in tech at my college/university, it might have helped me realise at an earlier stage in my life what my passion is – something that so many of us spend a large part of our life trying to find. So I think it’s excellent that Maintel is proactive in regularly approaching colleges and universities to let girls know that these roles exist and that they’re open to women.

Are you looking for your next adventure or know someone who is?