Kevin was appointed to the Board on 1 January 2014. He joined the Group in June 2010 and has been a director of the main trading company, Maintel Europe Limited, since December 2011.

He has worked in the communications and IT industry since 1981, holding senior operations and general management positions with Genesis Telecommunications, Xpert Communications, Redstone and Westcon Convergence, with a focus on improving business operations, efficiencies, process and customer service. 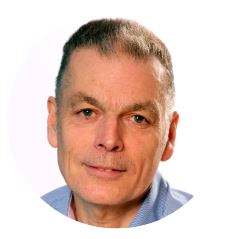 Meet some of our people